One thing we love about Winter-time floating and guiding is the solitude. Some of the places we fish can get quite busy in the spring, summer and fall months but in the winter, put-in's and take-out's rarely see much traffic. 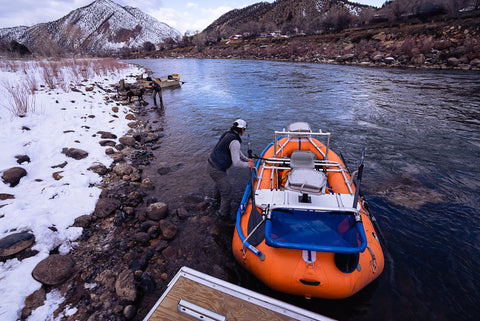 Last week, we assembled a few members of the Golden Fly Crew on the water to fish one of our favorite stretches of water to float in the Winter when the conditions allow. Just a few days before the same river saw size-able chunks of ice floating downstream and it would just a couple days after this trip as well. When we saw a nice gap in the weather (Low 28 - High 35) we decided to go for it. With some fairly cold overnight temps the previous night we opted for a mid-morning start complete with coffee and donuts from Sweet Coloradough. If you're ever in the Glenwood area we highly recommend this place for breakfast sandwiches, burritos and their famous Cronuts. 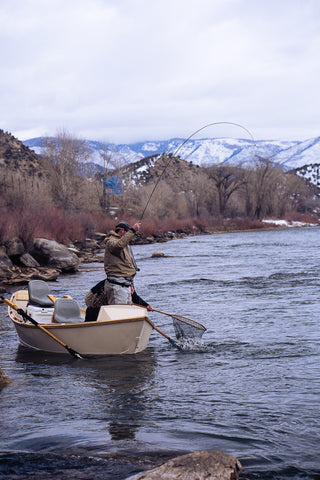 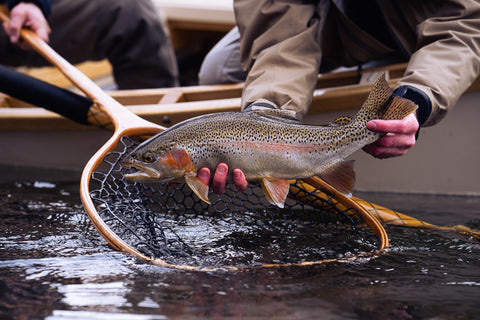 As soon as we pushed off the ramp fish were showing a brief period of interest in streamers. Conor was able to put a couple fish into the drift boat on a well placed Sparkle Minnow before the camera could even come out. By 10:30 fish we no longer showing love to the streamer rig and it was quickly substituted for the nymph stick. Over on the raft, Brandon and Davis were finding success on a dead-drifted leeches with a trailing midge in a size 20. 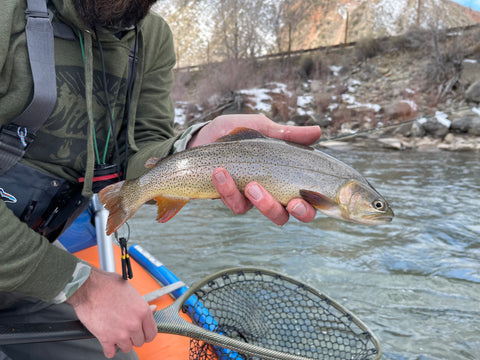 For over an hour the fish were showing distinct interest in the leech but as the sun made an appearance, trout seemed to pass on the leech for the midge almost every time. As late morning progressed into mid-day things were warming up and adult midges starting popping with an occasional Baetis adult sighting. 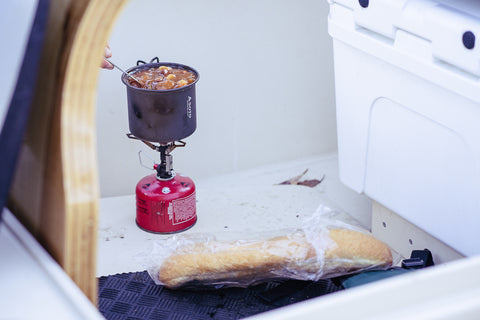 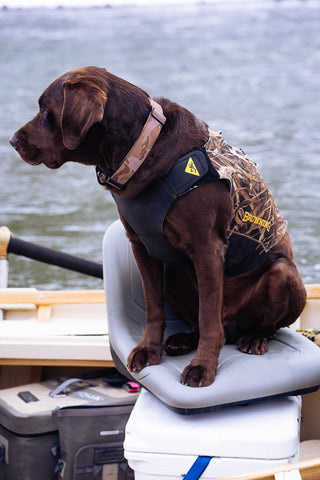 Walyon made sure to get his Bow time in.
We all have our confidence flies and for Brandon Vazquez his confidence rig definitely involves the 'Duracell.' This CDC collared fly with a tungsten silver bead is generally fished in a size 12-16 and is typically fished as a mayfly nymph in the warmer months of the year. This buggy fly makes a great dropper under a foamy dry but it also plays a significant role in many anglers boxes as a point fly on a tight line rig. Brandon opted for the smallest Duracell he could find in the box and tied it on with confidence. 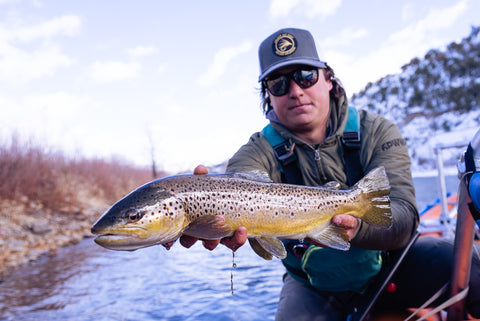 No more than 5-10 drifts later, we had a noteworthy brown in the net, taken on a fly that most would have overlooked this time of year. Remember folks, it's more about the water type and column selection this time of year than it is about the exact fly you choose. 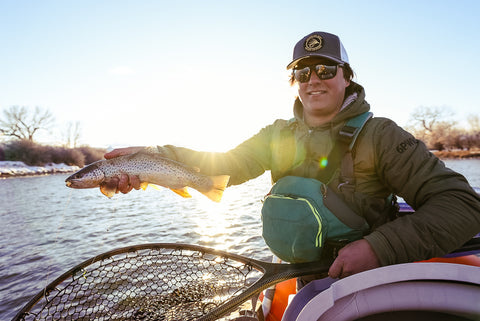 As the day progressed things would inevitably slow down with the setting sun and plummeting ambient temperatures. Over on the raft Brandon and Davis cycled back to juicy attractor nymphs and away from the finesse nymphs. This proved to be a good decision as a few last minute eats were had before we pulled into the ramp. 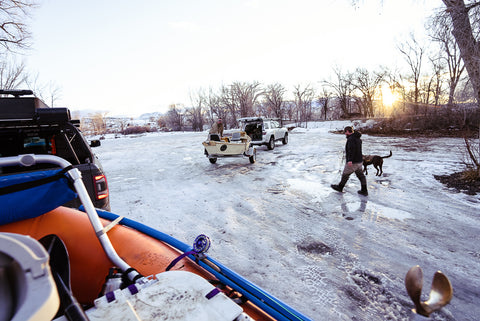 One thing we love about Winter-time floating and guiding is the solitude. Some of the places we fish can get quite busy in the spring, summer and fall months but in the winter, put-in's and take-out's rarely see much traffic.

We are beginning to fill out our calendar for pre-runoff fishing dates so act now to secure your early season float dates.  Our primary floating season begins March 1st (which is just a little more than a month away) so act now to get on the books. Keep in mind that our winter and early spring float trip bookings are subject to change based on river, road, and fishing conditions. Call us with any questions or concerns you might have!

As promised we have a new fly tying video this week demonstrated by Conor Henricks. This weeks pattern is very similar to a WD-40 Baetis/Midge imitation but tied as an emerger sporting a minimal wing similar to what we see in other tailwater flies common to Colorado's Front range. This wing material is called Glamour Madiera and it's something we stock in the shop specifically for flies like the Manhattan Midge, Top secret and Cheesman Emerger.
This fly takes most of its features from the WD-40 but aside from the differences mentioned above utilizes Coq De Leon feathers for the tailing fibers instead of wood-duck for a consistent slim profile every time. Conor's choice to use a bead on this emerger pattern was based on the need to have a few bugs in the box that would cut a little further in the column when being fished in fast, turbulent water. This fly can be tied easily with or without a wing-case based on your needs and the holes you have in your tailwater midge/baetis box.